International trade and investment; the Diaspora; and the purchasing power of African Americans are among the many topics of discussion at the 17th annual Multi-National Business Conference to be held at the Ritz Carlton Resort in Montego Bay, Jamaica, November 8th to the 11th. 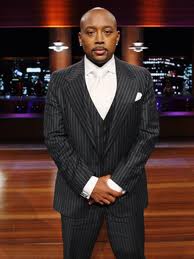 The Honorable Portia Simpson-Miller; the hon. Dr. Kenny Anthony, St. Lucia’s Prime Minister; and the Most Hon. P.J. Patterson will address the conference. The list of speakers and panelists include Ambassador Andrew Young, one of America’s best known civil rights leaders who once headed the U.S. Permanent Mission to the United Nations; Terry McMillan, Pulitzer Prize-winning novelist; Randall Robinson, founder of Trans Africa who helped mobilize national and international public opinion behind human development efforts in Africa and the Caribbean and the global campaign to end the racist apartheid system in South Africa; Daymond John founder of FUBU clothing and investor in the Shark Tank Television series; and Billionaire Investor Michael V. Roberts. 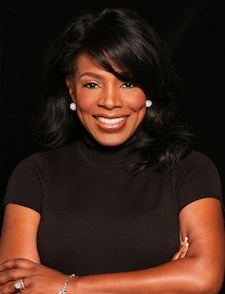 Everything from the rebuilding of Haiti to the use of science, technology, engineering and math to help pave the way forward for the U.S. and Caribbean communities and its neighborhoods will be covered. Speakers will also talk of ways the U.S. and the Caribbean can succeed in business. Some of these discussions will include the impact and influence of Jamaican Chinese in business; opportunities for Caribbean fashion designers, entrepreneurs and cultural icons. Renewable energy and business finance will also be a complementary focal point in these discussions as well. 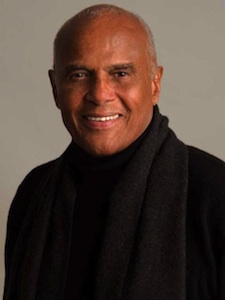 “We have organized the conference across the Caribbean and Panama for 17 years, drawing on the perspectives, experiences and goals of individual countries which have ranged from Jamaica, Barbados, St. Lucia, Grenada, the Bahamas, U.S. Virgin Islands and St. Kitts-Nevis. Our basic goal is to encourage trade and investment and boost economic and social links between the Caribbean and the U.S.,” says Karl B. Rodney, publisher of New York Carib News, the 30 year old weekly newspaper that serves the Caribbean and African-American communities in the U.S.

Aside from discussing business opportunities, the trillion dollar purchasing power of Blacks in America, and social and economic issues; Carib News will also celebrate Jamaica’s 50 years of independence with a tribute to the life and legacy of Harry Belafonte by Harvard University law professor and author, Dr. Charles Olgetree.

“We intend to honor Mr. Belafonte, whose immense international reputation as an entertainer and humanitarian are matched only by his major contributions to the civil rights movement in the U.S. and his involvement in human rights campaign around the world,” added Mr. Rodney. “The fact that he’s going to be presented adds another dimension to our conference.”

Earlier this month, I went to New York City’s Jamaican restaurant, Negril Village where New York Carib News held its 27th Annual Mother of the Year Recognition Program. Here, I had the pleasure of meeting and learning about business women that are both mothers to their own children and communities.

This year’s honorees included Verona Greenland, president and CEO of Morris Heights Health Center; Dr. Michena Brooks, general podiatrist at Family Medical Practice in Brooklyn; Jeanette HoSang, owner of Royal Caribbean; Flossie Salmon; Linda Jefferson, First Lady of the Metropolitan Baptist Church; and actress, Sheryl-Lee Ralph. I however, sat down with Estelle Dubuisson, the 1985 Mother of the Year – the first woman to ever receive this honor.

Estelle is president of the organization, Friends of the Children of Lascahobas, Haiti. Although she was first honored for her efforts 27 years ago; the Caribbean American community continues to recognize Estelle as a mother in the lives of so many.

Estelle founded her organization back in 1976, right after returning from her visit to her childhood town, Lascahobas. This visit helped Estelle discover her inner desire to help those in need. She says:

“I went to Lascahobas to help my mother rebuild her house. When I got there I heard of a woman that went into labor but didn’t have the money to go to the hospital.” As a result, this woman died of childbirth. This news left an alarming and lasting impression on Estelle. She also learned how the poverty in Lascahobas indirectly contributed to children’s premature deaths.

“I heard of 4 children in my mother’s neighborhood that died in one day. I asked her what had happened, and she was told that their deaths were a result of a 3-day fever and diarrhea.”

When she returned to New York, Estelle shared these stories with her doctor. Together, they developed the idea for an organization that would help alleviate child hunger and suffering.

In 1982, just two years after the company was officially recognized as a charitable organization under section 501©(3), Friends of the Children of Lascahobas, Haiti opened a childcare center that fed 95 children one meal a day, five days a week. In 1983, the organization registered 35 children in local schools. Those that were 6 years of age went to day school, and those between 9 and 12 years old were placed in an evening school.

In 1998, Estelle along with her organization achieved what she feels is the “greatest accomplishment” – building a hospital that has been recognized by the health department of Haiti.

In 2001, Estelle thought of an initiative that could help mothers and children in Lascahobas – the Cooperative Economic Group Project. According to the organization’s website, each woman in this program receives a sum of money to purchase goods for resale and uses the profits to feed and educate her children and continue her business.

Along with the 2012 honorees at the 27th Annual Mother’s Day Recognition Program, Estelle Dubuisson was still celebrated as a mother to the communities she serves. Mr. Rodney says:

“Her commitment to children represents the kind of project we at New York Carib News embrace. The help she offers is direct and concrete.”

In my eyes, Estelle’s greatest achievement perhaps, one that only a few individuals I know can attain, involves helping mothers in Haiti support both themselves and their children. Estelle also recognizes that she could have never accomplished what she did without the help from all those in New York’s Caribbean American community, especially Mr. and Mrs. Rodney.